This limestone Celtic cross monument by sculptor A. P. Sharp and architect James Franklyn Fuller Architect, Historian, Genealogist and Novelist who was born in Nedanone near Castlecove, Co. Kerry and grew up in Glashnacree House near Sneem. His work includes The Parknasilla Hotel (Sneem), The Park Hotel (Kenmare), Ashford Castle (Mayo), Farmleigh House (Phoenix Park Dublin), Kylemore Abbey (Galway) to name but a few. The cross was erected in 1889 by neighbours and friends of James Butler of Waterville House, (1817- 1887), who was an agent for the Hartopp estate and had been a Land Agent in Cork earlier in life he was known as An Buitléarach óg. He was also a very close friend of TJ Wilmot the second Superintendent of the Commercial Cable Company.

This plaque commemorates the landing point of the Commercial Cable Company's first transatlantic cables. From here the cables were laid underground to the cable station.

This plaque commemorates the landing point of the Commercial Cable Company's first transatlantic cables. From here the cables were laid underground to the cable station.

This is the main entrance to the Commercial Cable Station Company which commenced operations in 1884. Worldwide telegraphs were received and transmitted from here. At its peak Waterville was one of the largest cable stations in the world. Iveragh Terrace and later West View Terrace were houses built for Commercial Cable Company staff and their families.

n the mid-late 1800's experiments were carried out in which the telegraphic cables became part of the scientific methods used in the determination of longitude.  International co-operation was required with observers at various locations recording the transit of certain stars across the sky, followed by complicated calculations to reach a conclusion.  The Commercial Cable Company erected this stone in the 1890's to mark the Waterville station's participation in the 1892 international project with Greenwich Observatory and McGill University to determine the longitude of Montreal 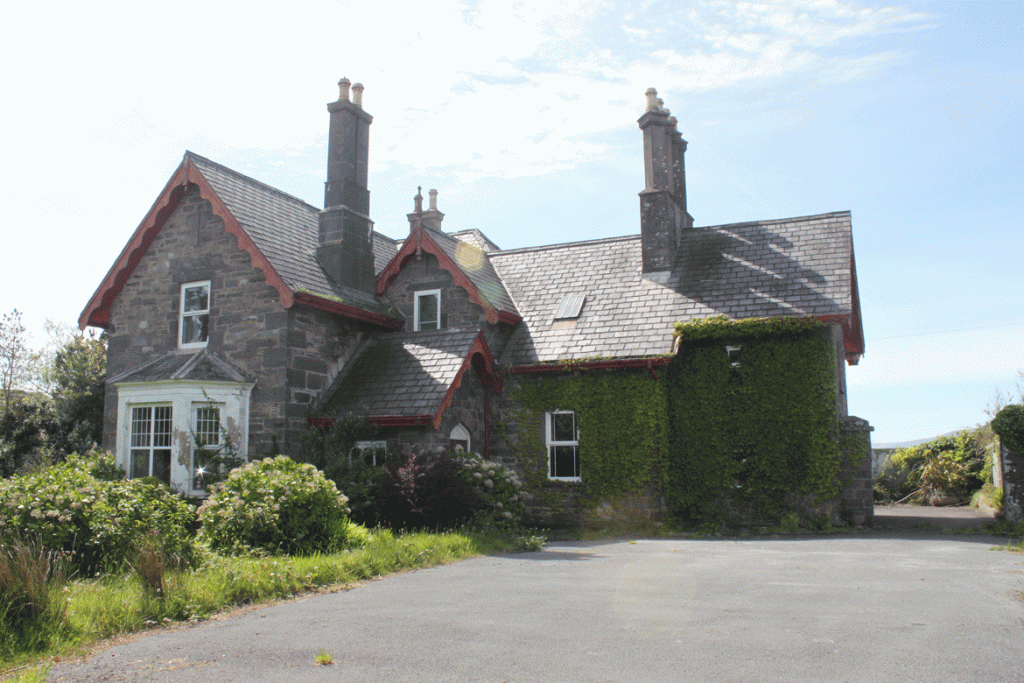 Iveragh Lodge, built 1858 as a shooting lodge, later purchased to serve as the original Commercial Cable Company Waterville offices and Superintendent's residence. On the completion of the new office buildings (1899) Iveragh lodge remained as the Superintendent's residence until the company sold its Waterville properties in 1964. The grounds also included The Bachelor's quarters. 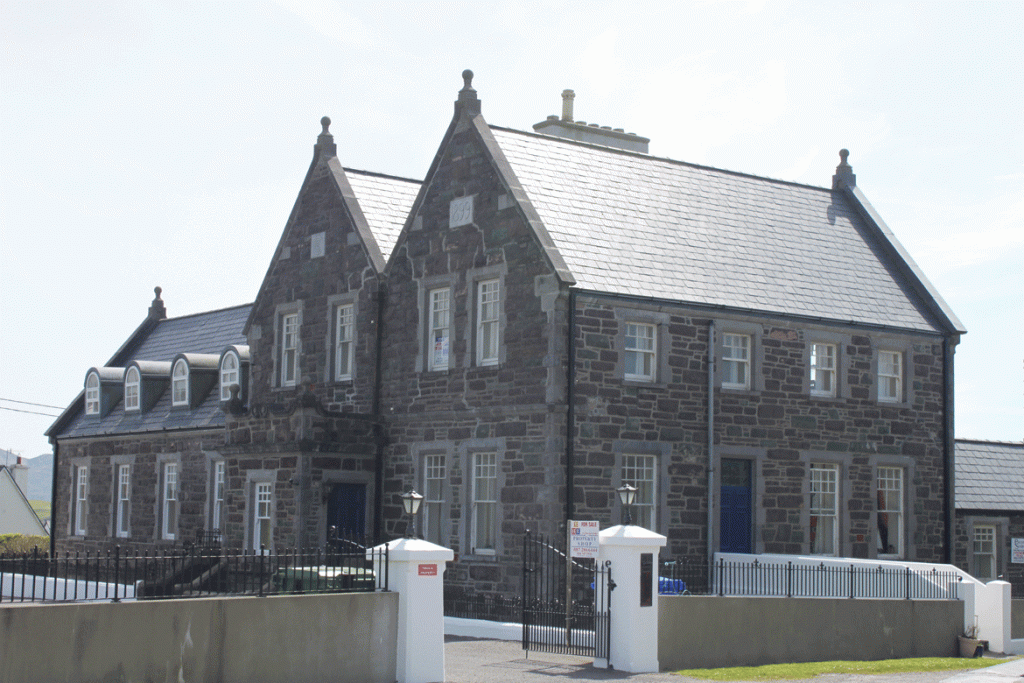 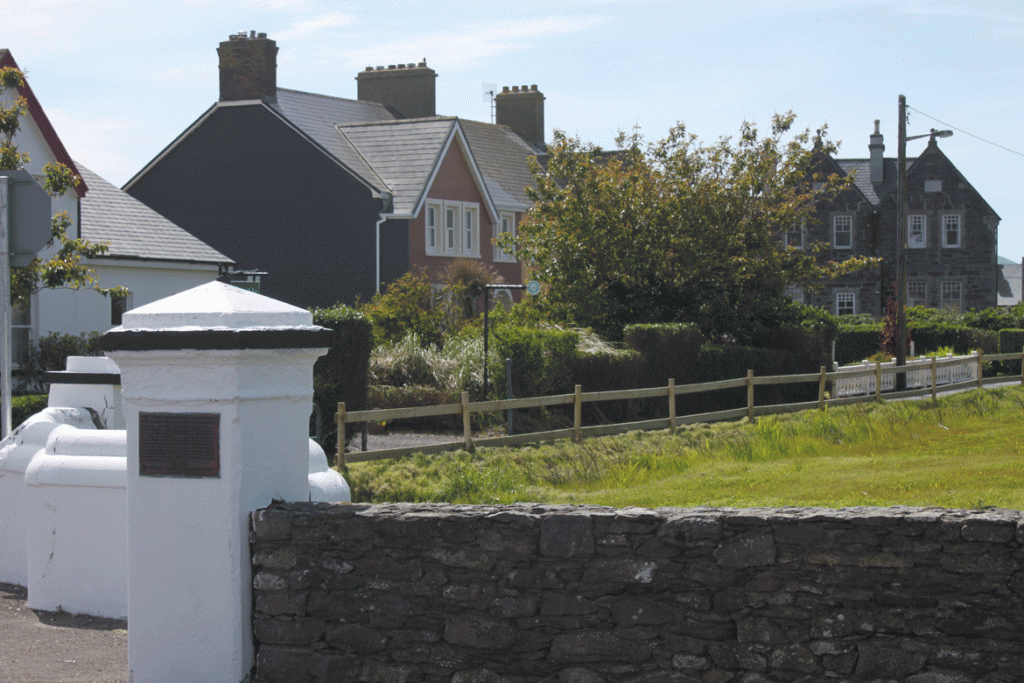 Plaque on exit to Cable Station

Mick O'Dwyer played Gaelic football with his local club Waterville and was a member of the Kerry senior team from 1956 until 1974.

O'Dwyer later served as manager of Kildare, Laois and Wicklow and Clare, however, it was as manager of the Kerry senior football team from 1975 until 1989 that allowed him to gain iconic status as the most successful manager of all-time.

In June 2012, this statue of Mick O'Dwyer was erected in Waterville to honour his achievements. 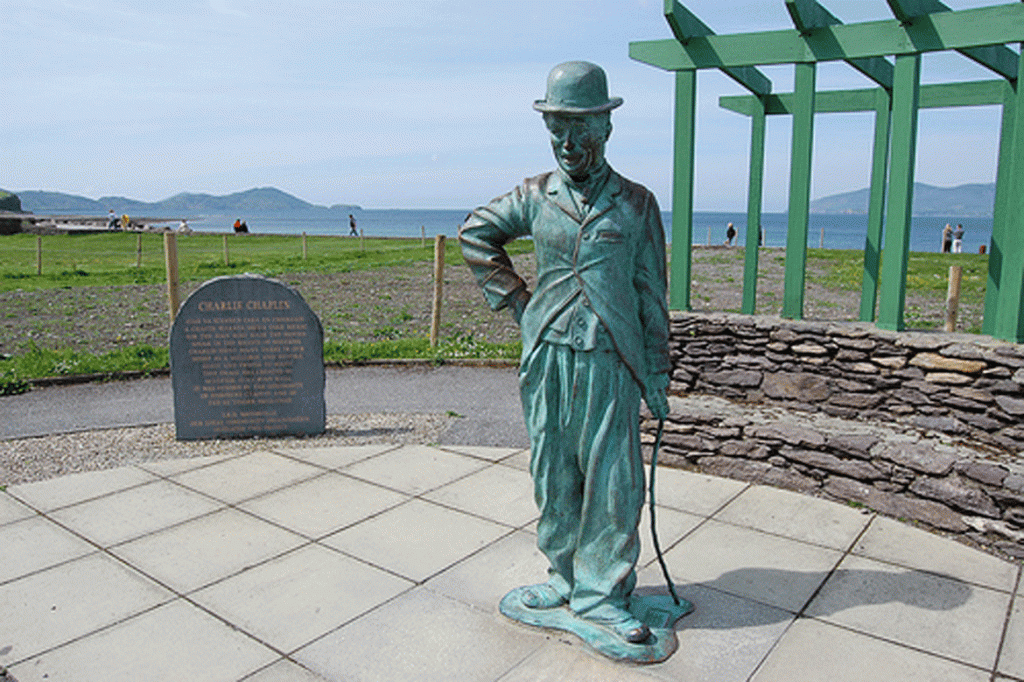 Waterville was a favorite holiday spot of Charlie Chaplin and his family. They first visited the town in 1959 and came back every year for over ten years. . 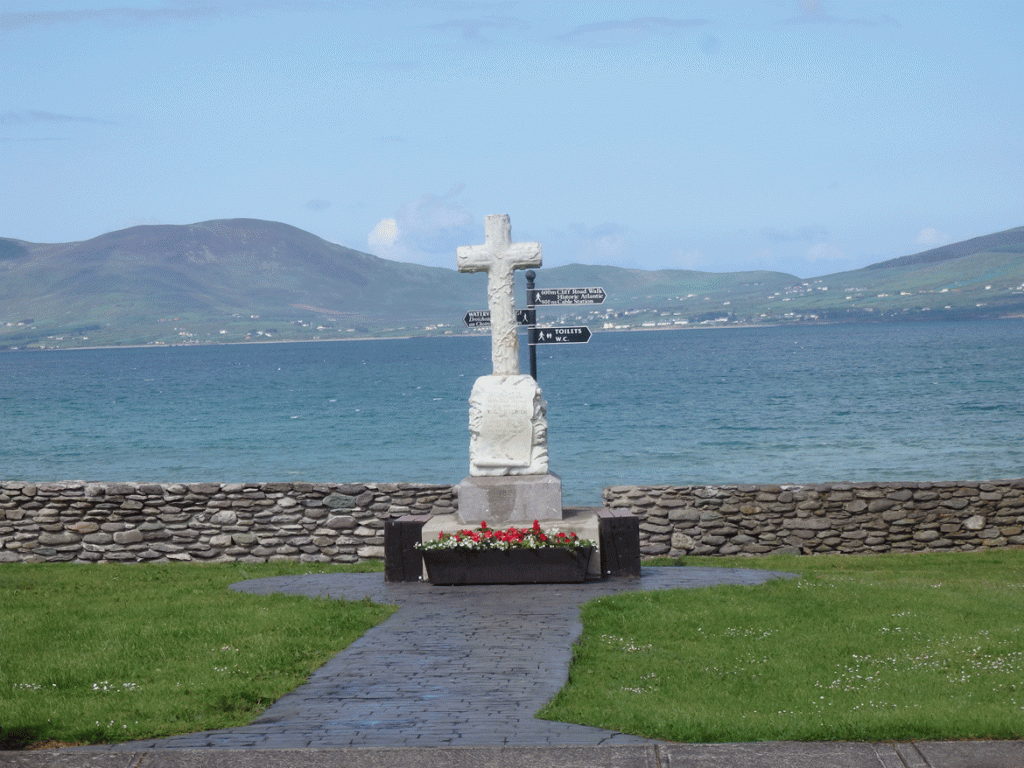 Following the sudden death of Dr. Thomas George Millerick at the young age of 33, a committee was appointed to erect a memorial donated by local landlords. Folk legend has it that Dr.Millerick was the most kindly and friendly young Doctor.

He refused help to no one regardless of means or the degree or extent of a patient's infection or illness.

It is also said he was especially kind to children and helped many a family survive severe times by teaching them how to harvest food from the shores which was often not the tradition. 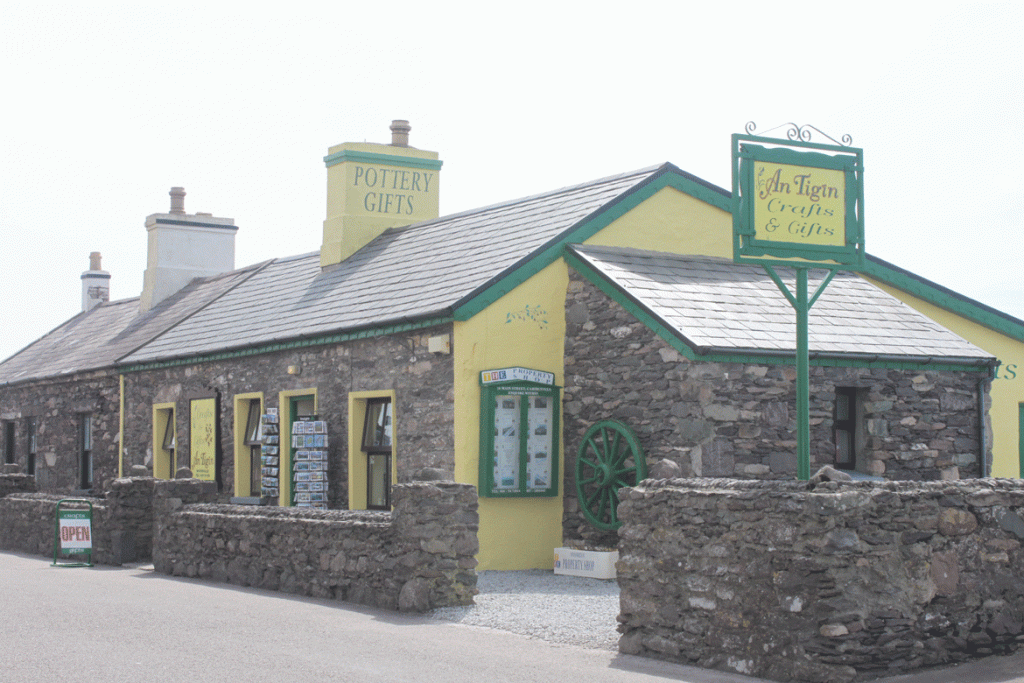 The two semi-detached cottages mid-way on the promenade are the surviving buildings of the Coast Guard Station built there soon after 1822 when the Coast Guard was formed in Ireland.

Before this the Butler landlords had operated a coast watch service, which included a 'Watch House' beyond the Southern end of the promenade. In About 1900 the Station was moved to a new building near the Cable Station.

In 1923 the new Irish Free State took over the Coast Guard service.